And Jesus answering said, A certain man went down from Jerusalem to Jericho, and fell among thieves, which stripped him of his raiment, and wounded him, and departed, leaving him half dead. And by chance there came down a certain priest that way: and when he saw him, he passed by on the other side. And likewise a Levite, when he was at the place, came and looked on him, and passed by on the other side. But a certain Samaritan, as he journeyed, came where he was: and when he saw him, he had compassion on him, And went to him, and bound up his wounds, pouring in oil and wine, and set him on his own beast, and brought him to an inn, and took care of him. And on the morrow when he departed, he took out two pence, and gave them to the host, and said unto him, Take care of him; and whatsoever thou spendest more, when I come again, I will repay thee. Which now of these three, thinkest thou, was neighbour unto him that fell among the thieves? And he said, He that shewed mercy on him. Then said Jesus unto him, Go, and do thou likewise.

” But unto the wicked God saith, What hast thou to do to declare my statutes, or that thou shouldest take my covenant in thy mouth? Seeing thou hatest instruction, and castest my words behind thee.” (Psalm 50:16-17)

Now the commandment of the Lord to us is to love our neighbours as ourselves, and the brethren as he has loved us (John 15:12). This love demands that we show practical help to our neighbours at whatever cost in as much as it is within our powers.  Today, the voice of God has come to us addressing our religious excuses and whatever will stop us from doing the word of God;

In our text today, a man was travelling and fell among robber who wounded him and left him for death. The two most religious people in his days came by and did nothing. they merely looked and took another route. Evidently they were going up to Jerusalem for some religious activities. Actually, the law of Moses dictates that a man that touches a dead body shall be unclean for 7 days and as such will be precluded from performing any religious right (Numbers 19:11). The priest and the Levite being officials in the temple did not want to risk exception from the the temple activities as they were not sure if the traveller was dead. They excused their failure to help on that religious ground.

God does not like such things. God says that he prefers mercy to any of these activities. (Mic 6:8; Prov 21:3)  If you truly claim to love God and you want to do His word, you must help those in needs. The Scriptures says that the true religion that is pure before God is to help those in need (James 1:27)There is no excuse for ignoring to help whenever it is in your power to do ” For as the body without the spirit is dead, so faith without works is dead also” (James 2:26)

Pray for the nation

Pray for me too 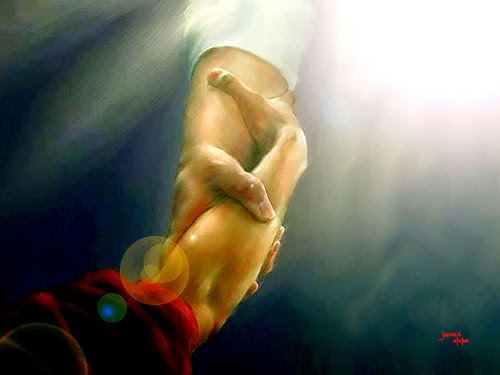